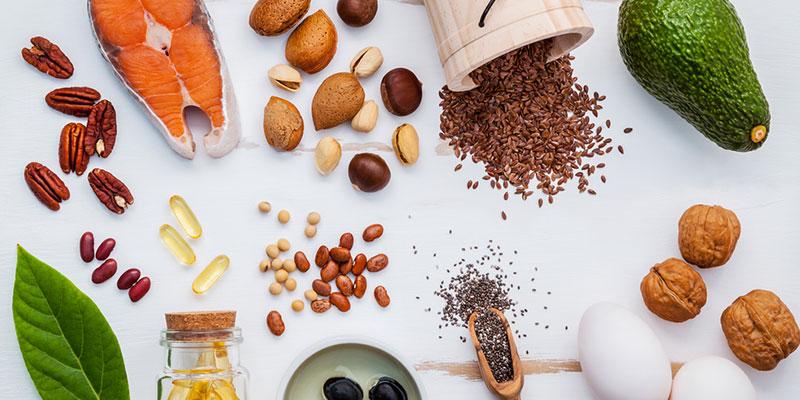 Omega fatty acids have been popularly known as the good fats that every individual need. Nutritionists in Lahore emphasize on the importance of fatty acids over and over again.

Here are a few details about these fats:

Omega-3 fatty acids are polyunsaturated fats. They are also known as essential fats because they cannot be produced by the human body.

Omega-3 has various health benefits and can be easily obtained from food. They are also available in the supplement form.

There are three most common types of omega-3 fats:

DHA is a 22-carbon fatty acid. It is the most important omega-3 fatty acid in your body. It plays multiple roles in the body including playing a key structural component in the brain, and in the retina of the eyes.

DHA makes about 08% of brain weight and is extremely important for normal brain development and function.

It an 18-carbon fatty acid. It is one of the most common omega3 that can be obtained from the diet. ALA can be converted into EPA and DHA but it is an inefficient process.

Only a small percentage is converted into the other active forms. ALA is mainly used by the body for energy.

It a 20-carbon fatty acid. EPA’s main function is to produce chemicals called eicosanoids, which help reduce inflammation. Part of it can be converted into DHA.

Omega-3 can be obtained through:

Omega-6 like Omega-3 are also polyunsaturated fatty acids. Another common name for omega-6 is linoleic acid. Omega-6 are also essential fatty acids that are obtained from the diet.

Omega-6 is mainly used for energy. Pro-inflammatory eicosanoids are important for the immune system. Their excess can cause inflammation and inflammatory diseases.

There are two major forms of Omega-6 fatty acids:

CLA is a popular weight loss supplement. People who get a lot of CLA from foods are at a lower risk of various diseases, including type 2 diabetes and Cancer.

Excess of CLA can cause fatty liver and inflammation. CLA doses generally considered safe for use are about 3.2-6.4grams per day.

GLA is found in certain oils. When consumed it is further converted into dihomo-gamma-linolenic acid (DGLA).

Taking GLA can reduce symptoms of rheumatoid arthritis. It can also be used effectively by breast cancer patients.

It is also beneficial for skin conditions including systemic sclerosis, psoriasis, and eczema. Dosage varies by the condition it is used to treat.

Insufficient evidence is available on whether or not Omega-6 improves ADHD or infant development.

Omega-6 can be obtained through:

The omega-6 to omega-3 ratio

Omega-6 fatty acids also have important roles in your body similar to those of Omega-3. Yet, studies show that Omega-3 is more beneficial than Omega-6. Interestingly, Omega-6 counteracts the effects of Omega-3.

Therefore, although omega-6 fats are essential in the right quantities, most people in the developed world should aim to reduce their omega-6 intake.

Great things about Health and Beauty Blog For Patients

How exactly to Evaluate the Proposals of Roofing Organizations

Procedures and Fees Associated with Purchasing a Cannabidiol Paris, france , Cannabidiol Condominium in...

Typically the Only Holy Grail To help Flip Your own personal Baccarat Deficits Into...

The Search For a Good Criminal Attorney

Special Presents regarding Men, Tailoring this Gift to help typically the Gentleman